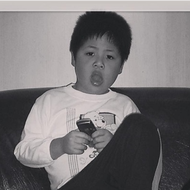 'The term “queer” is designed to obliterate this complicated reality, and redefine what it means to be gay so that many actual gay people are excluded or erased. I can see how, in the past, these populations were subjected to similar forms of discrimination, which led to alliances, and cooperation. I also understand why people want a word to describe “all those people” who are not exclusively heterosexual.

But the word “queer” makes all gay people the same. It renders “queerness” a fate, rather than a choice. It erases those who see their gender the way straight people do, who want to be an equal but integrated part of the world, who are at ease with their sex and gender, and lead happy but conventional lives. It muddies the gay and lesbian experience by merging it with any straight person’s cultural edginess. And it directly triggers countless men and women for whom it remains a potent slur, and who are not employed, like the vast majority of us, in a “queer studies” department.' Andrew Sullivan, Journalist and Gay Rights Activist
https://andrewsullivan.substack.com/p/religion-and-the-decline-of-democracy?r=bu2im&utm_campaign=post&utm_medium=web&utm_source=copy

Powered by Locals
About Community
Chuong Nguyen
29 Members
Don’t have a Locals account yet? SIGN UP
I’m already a member Log in
Please keep this window open while your file is uploading...